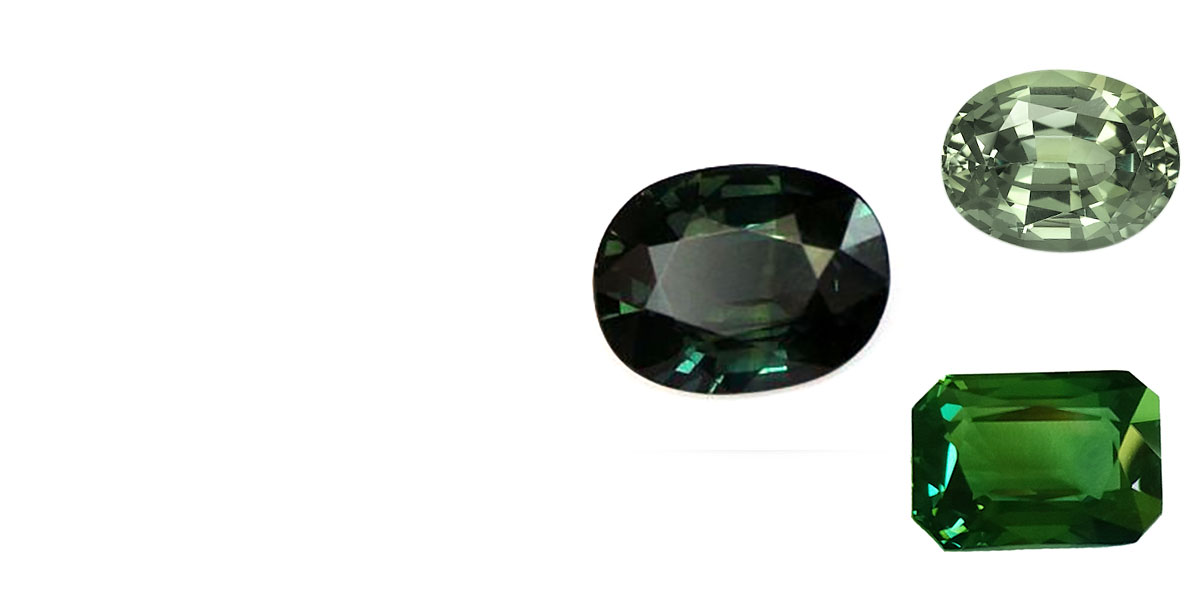 A gift of a sapphire symbolizes a pledge of trust and loyalty. It is from this tradition that Sapphire has long been a popular choice for engagement rings. One of Nature's most durable gemstones, Sapphire shares this quality with its sister, the Ruby.

Blue sapphire belongs to the mineral species corundum. It can be a pure blue but ranges from greenish blue to violetish blue. The name “sapphire” can also apply to any corundum that’s not red and doesn’t qualify as ruby, another corundum variety.

But like the endless colors that appear in the sky, sapphire is also found in many, many other shades besides blue, from the gold of a sunrise, to the fiery reddish-orange of sunset, to the delicate violet of twilight. Sapphire may even resemble the pale white gloaming of an overcast day. These diverse colors are referred to as "fancy" color sapphires.

Fancy sapphires are generally less available than blue ones, and some colors are scarce, especially in very small or very large sizes. Still, fancy sapphires create a rainbow of options for people who like the romance associated with this gem, but who also want something out of the ordinary.

Traditionally, sapphire symbolizes nobility, truth, sincerity, and faithfulness. It has decorated the robes of royalty and clergy members for centuries. Its extraordinary color is the standard against which other blue gems—from topaz to tanzanite—are measured.

For centuries, sapphire has been associated with royalty and romance.
In ancient Greece and Rome, kings and queens were convinced that blue sapphires protected their owners from envy and harm. During the Middle Ages, the clergy wore blue sapphires to symbolize Heaven, and ordinary folks thought the gem attracted heavenly blessings. In other times and places, people instilled sapphires with the power to guard chastity, make peace between enemies, influence spirits, and reveal the secrets of oracles.

In folklore, history, art, and consumer awareness, sapphire has always been associated with the color blue. Its name comes from the Greek word sappheiros, which probably referred to lapis lazuli. Most jewelry customers think all sapphires are blue, and when gem and jewelry professionals use the word “sapphire” alone, they normally mean “blue sapphire.”

A special orangy pink sapphire color is called padparadscha, which means “lotus flower” in Sinhalese, the language spoken in Sri Lanka. Stones from Sri Lanka were initially the only ones labeled with this marketable name. There’s no telling how many padparadschas have been sifted from Sri Lankan river gravel throughout history. Sri Lankans have a special affection for the color that’s traditionally been linked with their country.

Sapphire is found in many parts of the world, but the most prized sapphires are from Myanmar (Burma), Kashmir and Sri Lanka. The purer the blue of the sapphire, the greater the price the gemstone can command, however, many people find that the darker hues of sapphire can be just as appealing.

The mineral corundum is composed only of aluminum and oxygen, and it requires a growth environment that’s free of silicon. However, silicon is a very common element, making natural corundum relatively uncommon. In its purest state, corundum is actually colorless. Colorless sapphires were once popular diamond imitations, and they’ve staged a comeback as accent stones in recent years.

But colorless corundum is rare. Most corundum contains color-causing trace elements. When the trace elements are iron and titanium, the corundum is blue sapphire. Only a few hundredths of a percent of iron and titanium can cause the color, and the more iron the corundum contains, the darker the blue. Chromium can cause the red color of ruby or the pink of pink sapphire.

In the 1990s, discoveries in East Africa and Madagascar brought fancy sapphires widespread recognition. The new sources supplemented production from traditional ones like Sri Lanka and Madagascar and increased the availability of yellows, oranges, pinks, and purples.

Corundum can show a phenomenon called asterism, or the star effect. This phenomenon usually appears as a six-ray star pattern across a cabochon-cut stone’s curved surface. The star effect can be seen in ruby or any color of sapphire, and it arises from white light reflecting from numerous tiny, oriented needle-like inclusions.

Both blue and fancy sapphires come from a variety of exotic sources including Madagascar, Tanzania, Sri Lanka, Myanmar, and Australia.

Over the centuries, methods have been developed to enhance the purest hues of sapphire. This is now commonly achieved by controlled heating, a technique that not only improves color but also improves clarity. But heating will only improve the color if the gemstone already contains the chemistry required. Heating sapphires is a permanent enhancement, as lasting as the gemstones themselves.

Looking for something else?

The Sapphires listed on this page represent a tiny fraction of our Sapphire inventory including untreated, investment grade Sapphires of remarkable size and quality.

Let us know what you are looking for and we will get in touch with Sapphire options that meet your requirements and exceed your expectations.